Somewhat out of the blue, a few members of the Lifelink staff recently had the privilege to hear the extraordinary story of a young Scottish entrepreneur who spoke so honestly and candidly about her personal mental health journey that members of the audience (sitting in their own living rooms on the other end of a Zoom call) were moved to tears.

The young woman telling the story was Sophie Robertson, the editor in chief of 17 Degrees Magazine and the founder of Sophie Gets Social, her own personal social media consultancy brand.

A few weeks later, we sat down with Sophie (virtually!) to ask her a few questions about her story and to ask her to share some of her insights on mental wellbeing, coping with traumatic changes and why she feels that mental health is such an important topic to talk about right now.

First of all, can you tell us a little bit about your personal story and why mental health is something that’s so personally important to you?

“Having been born in Scotland, when I was 8 years old we had the opportunity to move to San Francisco (SF) as a family and for a while we lived what many would refer to as the quote/unquote ‘American Dream’. Dad continued to move up the ladder in the corporate world, leaving at 5am in the morning and coming home at 7pm at night, facing more and more pressure with every step. We never really talked about stress with Dad, we just knew when he came home not to ask about work.

In July 2015, I was sitting getting my nails done. It was a normal day, a normal life, when I received a call from Mum saying ‘your Dad’s suffered a mental breakdown, he’s been taken away in an ambulance, but he’ll be fine’. I spoke to him the next morning and told him ‘you don’t need to work so hard, you don’t need to do everything for us’ and the 6”4 rugby player, who never got emotional or even spoke about emotions, burst into tears.

A lot of people struggle with the idea that mental health isn’t like physical health, but I could see in my Dad the physical changes, the weight loss, the effect that struggling with his mental health was having on him.

Dad wanted to go home, so my Mum and my sister went back to Scotland with him, and I stayed in SF to continue my university course. I wasn’t the one that received the call, it was a friend of mine, another family of ex-pats who asked me to come over to their house one day. When I got there, they were all in tears and that was when they told me what had happened – that Dad had taken his own life.

24 hours later, on the day that would have been my Dad’s 50th birthday, I was back in Scotland facing a room of grown men, rugby players most of them, in tears.

After that I struggled a lot with losing my own purpose – I wasn’t able to continue my university degree in Scotland, I worked in financial services and decided it definitely wasn’t the career for me – until my Mum suggested we start a sister publication to an already successful magazine that she had run in America. Almost a full year after Dad passed, on the 17th of January 2017, we launched 17 Degrees. With the support of my Mum I taught myself everything I needed to know about running the magazine and then I branched out to set up my own business, Sophie Gets Social."

One of the online classes we run is called Coping with Change. You’re obviously someone who has had to deal with big traumatic changes in life at a very young age, how did you cope when facing these?

"When I had to travel back to Scotland almost immediately following Dad’s death, there were so many people on the journey that helped me and supported me and were just so genuinely nice that I realised even though Dad’s no longer here, there are still good people in the world. One of the stewardesses from my SF to London flight even accompanied me all the way up to Edinburgh airport and as soon as I got out and saw my family, I turned around and she was gone – almost like she was some kind of angel. And so when I’m having a shit day, I always think back to that day and all the good I saw in the world, even at that really terrible time. Since that day my mindset has always been to accept the changes and that trying to find some good out of them is what’s going to get me through them. I think losing someone like that makes you really appreciate life, I feel like if I just spent all my days thinking I wish my Dad was here I’m just wasting a life, and he wouldn’t want that for me – he’d want me to be happy. Talking is everything when coping with traumatic changes, talking about it and trying to use it to help others."

Setting up a business from scratch (and managing it) must come with a lot of difficult setbacks, how do you safeguard against bringing these disappointments home at night?

"For me, the main way I switch off when I’m outside of the office and the business environment (especially since a lot of us are working from home these days) is by getting out into the open air. I organise everything that needs to be done and then I go and bag a Munro or two. I’m really into hillwalking and my partner, Ben, and I have been getting out to climb quite a few mountains over the past few months – it really helps that you don’t often get phone reception halfway up the side of a mountain. I find that if I’ve had a really bad day, I need to tell Ben about it and then I can just forget about it. He’s an engineer and very calm so he keeps me balanced. I’m also really open about the fact that I’ve been to therapy. I’ve mentioned before that talking is key and sometimes talking to a professional is really important."

Finally, are there any other tips of your own that you would want to share with people about maintaining a positive outlook and positive mental health?

"If I could give only one recommendation it would be – don’t be scared to go after whatever it is that you want, no matter what it is. I think everyone deserves to be happy in what they do. If anyone is sitting in a job and dreading Monday every week, then make a change, because you’ve only got one life. That’s why I’ve decided to go for it and put everything into working in an environment where I’m passionate about what I do - because of my Dad."

If you want to find out more about Sophie Gets Social, you can find her on LinkedIn and you can check out 17 Degrees Magazine online at 17mag.com. 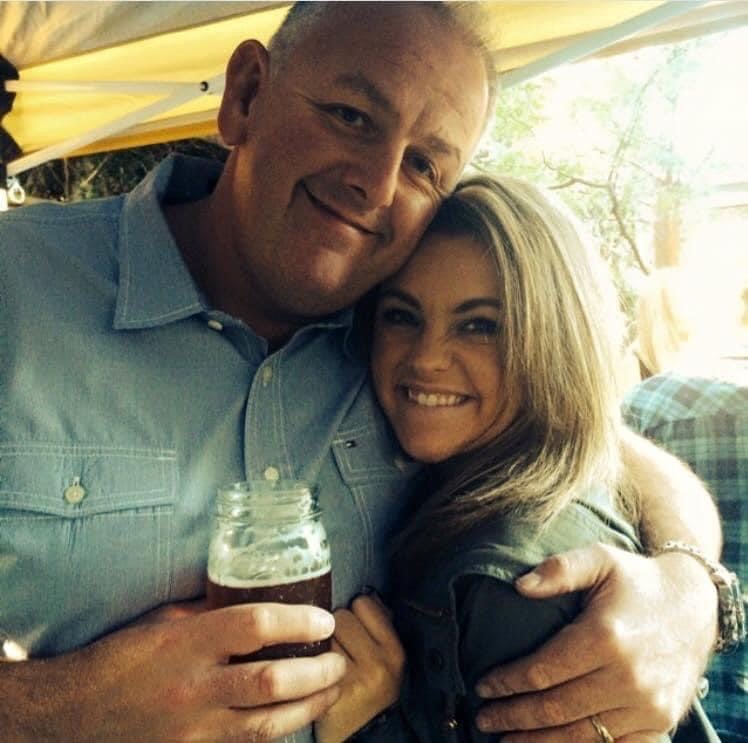 (Sophie and her Dad, Wallace)